The reunion between 43-year-old Petra and her two dogs when she got back home from an extended horse riding weekend on a Wyoming ranch was warm and rewarding, except for the serious outbreak of hives on her arms, chest and neck that itched, and made her feel ugly.

She couldn’t sleep, waiting for the morning to arrive so she could see her doctor and get answers to the questions swimming around in her head about why she was suddenly afflicted with this nasty outbreak – obviously she was allergic to something, but what? She had never had hives before, and the fact that it was so visible made her feel that she was being punished for leaving her workplace, and her dogs, which she rarely did.. Now, just when she was taking time out to enjoy herself, she gets slapped with hives!

The news from the doctor was no great help. Her immune system seemed to be having a non-specific reaction to something or other, and other than prescribing antihistamine she was told to wait a couple to three weeks for results. Petra just wanted to step out of her skin. It felt wretched, wrinkly, spotty, stained with red lumps that no amount of creams or lotions could soothe or hide. The medication made her drowsy and all she wanted to do was to go into a deep sleep and wake up in a new body with fresh skin.

Three days later Petra was despondent, wondering if she would ever feel good again.

She wasn’t able to concentrate on her management duties at a popular fast food franchise that was open long hours. But it was important that she take charge again and get everything back in order, because she didn’t trust the staff to work efficiently. In fact she had to make up for all the time she was away so that the business was operating in tip-top shape, putting her up for her fifth manager of the year award.

She didn’t feel like swimming or sailing, two of her favorite sports. Her mind was embroiled in questions about what was in store for her if the hives persisted. Even if this outbreak faded, would she be prone to having it again? Would it flare up every time she was stressed at work or stressed because she wasn’t dating enough? Was hives something she had to live with as she traversed the bridge between being a young, single career woman, and entering middle age without a partner and having no hope of finding one? Was this the message that she was supposed to get from having hives at this juncture of her life?

Six months before her long awaited vacation Petra had been especially anxious about the ticking of her biological clock.

She hadn’t worried too much about it before her fortieth birthday, but since then she had periods when it became acutely alarming. She usually dealt with it by burying herself at work which easily consumed both her physical and psychic energy. But lately no matter how deeply engrossed she was in her work her focus seemed to shift to her being alone and childless. Despite dating men whom she met socially at friends’ homes or online, none of them did anything for her, and she was quick to find reasons why they weren’t right for her. Except for that one time she had a huge reaction to one man she was introduced to at the sailing club. Every pore of her being tingled and she didn’t know how to control her desire to throw herself at him. She wanted him to ask her out but she didn’t want to appear too eager. She was bitterly disappointed when the man didn’t read her mind and body signals, walking away on Sunday evening, leaving her sad, defeated and a little angry.

When Petra realized that despite giving herself good vacations like the horse riding weekend she was still unhappy, and that life seemed to be getting worse, she decided to attend therapy.

Petra described her alarm about having hives and how it spelled doom for her future. She would never be able to attract a decent man, wear swim suits or buy sexy clothes with this awful skin condition closing the door on her life as she knew it and imagined it would be for some time to come. 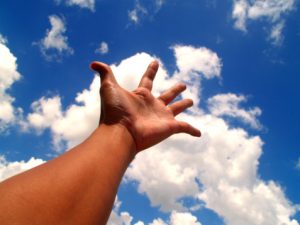 But as we talked it became clear that the outbreak of hives was a way for Petra to breakout of her narrow and constrained life. We acknowledged how hard it was for her to ‘escape’ the straitjacket she had existed in. Contracting hives on her return was like hiring a set of contractors to build herself a new, more spacious, and brighter place to live. But she couldn’t do that until she saw how ugly her old place was. The red welts of hives did just that. It helped her to shed her old tight skin and make way for a structure and scaffolding for the new home she was to live in.

Without the hives, she would have carried on as before, slowly dying inside with nothing but a brittle skeleton to show for it. But the hives made her slow down, focus on her emotional needs and finally build a house that would make room for relationships that could nurture and satisfy her.

Hives are after all the homes of bees. They are strong and reinforced, yet flexible. They are ideal for the manufacture and storage of honey, the perfect food for developing creatures. Petra, like the bees had to develop her emotional life that had been stifled and strangled almost to death. She had to build a welcoming and strong house for her emotional life, and feed herself with the honey it produced, rather than wait for some miracle to happen, or for some magic spell to whiskk her into the land of fulfilling relationships.

Petra’s hives did abate and she started to date men with a more open heart and mind. The rest of her story is yet to come, but she is now firmly in a more supple and receptive spirit. She is making her honey and it is the ideal antidote to skin hives!

Is Anger the cause of your skin breakouts?