Personal empowerment means you are in charge of your life; your choices, the outcomes and consequences. Without a well-developed sense of personal empowerment, you give other people power over you; allow them to make decisions for you and then get angry and resentful that your needs and feelings are being ignored.

Personal Empowerment – what are the signs that you don’t have it? 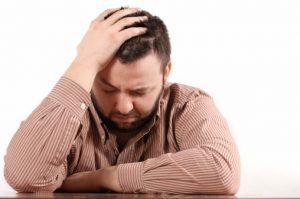 Thirty-six-year-old Max had a stressful job requiring him to be available to respond to trades across time zones all over the world. He adored his 7-year-old son and 5-year-old daughter, missing them greatly when he was traveling on business. He provided well for his family, trying to do better all the time. But he was constantly wound up in tight coils that made it hard for him to enjoy the family when he was home. He wanted to be able to switch off and unwind, but he didn’t feel comfortable doing it. He’d get consumed with guilt if he thought of relaxing and reverted to working to demonstrate that he was a good husband and father.

Max vested all the power in his wife Emily. He wanted her to tell him to rest, enjoy his hobbies, and enjoy leisure time with the kids as he chose.

But all he got was criticism about his lax parenting style when he was home. He was made to feel bad that Emily had to act as a single parent when he was away on business.

He never fought back.

He took the insults and stirred it into his already boiling pot of stress.

The cost of a failure of Personal empowerment

Max made Emily into a stern but needy maternal authority figure (just like his own mother). He had to prove his worth to get her to see that he had done his chores, homework and other jobs – and now deserved to switch off, have free play and be taken care of with affection and value (just like he did as a child). But of course, she did no such thing – hurting him, and making him feel worthless.

His lack of personal empowerment put him at a disadvantage – as if he had no legs.

Personal empowerment was not encouraged in his family

Max was the one who took care of his warring parents when he was growing up, trying to prevent them from hurting and weakening the family unit. He became the scapegoat for the family’s mess. He was basically emasculated – never having the right encouragement to develop his sense of personal empowerment.

Max married someone who was similar to his parents – bossy and blaming him for everything while expecting him to take care of everything at the same time.

Unconsciously he gave his wife the job of being the mother he never had, but of course she didn’t know that, and became frustrated with him leaving it all up to her. When he never received the permissions he depended on, he set himself up for a chronic pattern of self-defeating behavior.

He was also scared that he wouldn’t be able to do his job and then the family would be wrecked – the same fear he had as a child.

Yet he was terrified of taking a stand with his wife on parenting issues; vacations, family events and weekend recreation. He felt just like he did when he was a kid, terrified of saying anything about what he wanted lest he be beaten up as the scapegoat again.

Emily became very concerned about his drinking, viewing it as a dereliction of duty to his family; fearful that she would have to become a full-time single parent.

Max didn’t feel that her concerns were for him as a person, and that was deeply wounding, echoing his childhood experience. But it did spur him on to realize that he had to value himself and take charge for himself once he got into individual therapy.

In individual psychotherapy he started processing his childhood pain, his long-suffering sacrificial self and his wound of being the scapegoat. In individual counseling he felt safe enough to get in touch with his anger and began to think more positively about becoming assertive. With the validation and acceptance of his right to his own power, Max developed the rudiments of his personal empowerment. He was very fearful of it being punctured and stomped on by Emily, but he worked through the possibilities of how he might still stay standing. 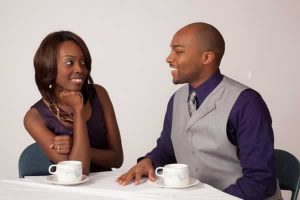 Personal empowerment reduced stress and lessened his need to drink

Max began to speak directly to Emily when he wanted something, even if she didn’t. Instead of arguing with Emily, or shutting down and drinking he got in touch with his view of parenting and took charge of making it happen. He told Emily what he wanted from her and how he wanted her to do her share of parenting – he was stunned that it worked, and that Emily was actually relieved not to have to shoulder all the responsibility for decision making.

Seven Healthy Ways to Regain Power in Your Relationship

Stress Prevents you From Using Your Skills in Controlling Negative Emotions