Have you ever been accused of having “abandonment issues”?

Maybe you feel abandoned when that phrase is used as a reason to walk away from you instead of working through the problems at hand.

Perhaps you believe you have abandonment issues because past relationships have ended making you feel abandoned, unloved and unimportant.

To some extent everyone feels abandoned from time to time, but most get over it, experiencing it as a passing blip on the radar, that soon disappears in the richness of a relationship that offers other fulfilling moments. These blips don’t destroy an otherwise firm and secure connection to your significant other.

It’s when those blips feel like huge meteors reigning down on you and destroying your footing, taking away your confidence and purpose, that experiences of abandonment can negatively influence your romantic relationships.

Whatever experience you have of abandonment, you are probably wondering where it comes from, whether it will sabotage your relationships, and whether you will ever get past it.

Abandonment Pain Feels Like a Big Hole Inside You

There are at least 3 ways in which you may have been abandoned in your childhood, now affecting your adult romantic relationships.

For example a girl with a mother who goes in and out of depression can feel abandoned when her mother shuts her out during a depressive phase. Later in life that same young woman will be prone to feeling abandoned with prospective partners and friends if those people ebb in and out of her life without keeping in touch 2x or 3x a day/week. This type of experience makes the woman anxious and either:

a. Checking in with her partner to make sure she is still on their radar

b.Becoming indispensable to her partner so that she can’t fall off their radar screen (people pleasing to the extreme)

c. Accusing her partner of being more interested in his work, sports, friends, family or whatever makes her feel that his/her full attention is not on her.

These behaviors are a type of defense against that feeling of abandonment rooted in the sense of not existing for the depressed mother when she emotionally disappeared.

Alcoholic parents chain their children into cycles of abandonment and relief

An alcoholic parent is not emotionally available, leaving their child feeling abandoned. The child often feels at fault for their parents escape into drink. Children of alcoholic and substance abusing parents do their utmost to give their parent reason to stay engaged, feeling triumphant when it happens and utterly defeated and even more abandoned when the parent returns to the bottle. These children grow up feeling ineffectual and insufficient.  As adults they are attracted to unsteady people, hoping to succeed in settling them down, where they failed with their parents, but usually end up feeling abandoned yet again. 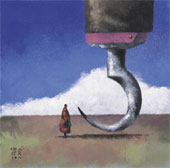 children of preoccupied parents get ‘hooked’ on abandonment pain

3. Preoccupied parents promote feelings of abandonment in their children

A third source of childhood experience leading to later abandonment issues is growing up with preoccupied parents. One or other parent is so involved with their work, their rocky marriage, their constant fights, their affairs and or their social standing and image, that they use up all their emotional resources, leaving none for the child. 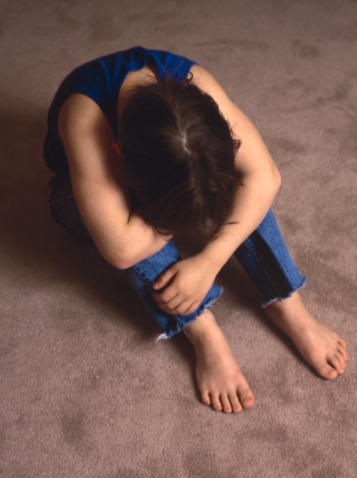 The impact of these traumatic childhood experiences on adult romantic relationships is massive.

Tension, conflict and suspicion are the bedrock of relationships for those with abandonment experiences.  Relationships end in constant break-ups and make- ups: mimicking the childhood experience of “on-again-off-again” connection with the abandoning parent.

Impact of your abandonment issues on your romantic partners:

Partners feel suffocated, unfairly accused or spied upon – they either end the relationship altogether or do the on-off thing described above. They often feel that nothing they ever do will be enough to satisfy the person with abandonment issues, and give up trying.

Case 1: Heath, a musician in his mid-20’s lived with his girlfriend Teresa, a 30-year-old music promoter who was very social. He felt abandoned whenever she was away from him and “with them”  because it triggered the times his parents fought when he was a child, when his father retreated into his own world, and his mother used him to take care of her feelings – he as a person was not visible to them, hence the abandonment issues. He is an example of preoccupied parents who emotionally abandon their child, making them relive those scenes in later romantic relationships. 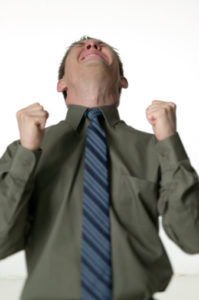 He got very angry with Teresa if she didn’t respond to him immediately and accused her of preferring her friends from before they got together. She felt trapped and tried to prove that she was thinking of him and would fuss over him to prove it. But it felt like a guilty attempt at reparation (again triggered from his childhood with his repentant mother), and he dismissed it as insincere.  She got furious and they split up – only to get together a few weeks late. She missed him so much, called and texted during the split up, making him feel that she couldn’t live without him. They made up – giving him a “high” – to wipe out the abandonment issue – and then the whole thing started up again within 2 weeks.

How therapy for on-and-off relationships, based on abandonment pain helped them to discover their negative patterns and get on a healthier track.

At first, Teresa just wanted Heath to be fixed. She thought that if she found a good therapist and go with him, he would stay, get cured and she could bow out, getting a remodeled guy in the process. In effect she wanted to abandon him to face his traumatic experiences alone. But it didn’t work out that way, because it was important for her to know and deal with the triggers she set off in him.

Protesting her part in therapy to help him, many of her sensitivities to having to take care of him emerged, and she was able to share her distress. Heath and Teresa saw each other’s sore, raw and delicate spots. They didn’t know if their relationship would be able to handle it. But they decided to try and make it work.

Often Teresa would opt out of therapy, feeling hopeless that Heath would see her as anything but an abandoning lover. Heath didn’t show up to sessions from time to time, feeling like he could find someone more reliable, but they maintained a connection that brought them to couples therapy long enough to make a dent in the abandonment issues, as we worked on anticipating, addressing and dealing with the repeat cycles by staying in the present moment. They are still working on the issues, having left therapy with enough understanding, and acceptance of each other’s spots to manage it reasonably well.

Partners with abandonment issues often come across as threatening and demanding

Case 2:  Cassie a 32-year-old data analyst lived with her lesbian lover, 35-year-old high school teacher Angela. Cassie had major abandonment issues and resented the fact that Angela didn’t check and like every post she entered on Facebook immediately it was up. That lack of attention to her actions create a spiral of abandonment feelings, turning to a mild form of paranoia – she imagined events in the future where Angela would be happy socializing with others, not her; that Angela would cheat when she went on a business trip, and that her Angela was only with her because she was financially stable. Growing up with a depressed, sickly mother who spent more time in bed than with the family, made Cassie feel that Angela too would ‘disapper’ emotionally and leave her alone, having to do take care of everything herself.

Angela who also had serious abandonment issues, got enraged, went out of her way to prove that she was not abandoning her Cassie, and then resented her for being manipulative and controlling. Cassie wondered why Angela had not liked her posts on Facebook in the first place, which made Angela feel even more controlled.

Angela got stirred up in her raw spot – having tried and failed to stop her father from drinking and becoming abusive when she was a kid, hoping that she would be enough of an incentive, she was reliving the same feeling again – abandoned by her drunk father. So she left, hoping to make Cassie feel sorry and ask her to come back. At first she felt free but then she got depressed thinking that she was giving Cassie more ammunition to imagine that she was being cheated on. Caught in a no-win situation, Angela contacted Cassie again. Both hungry for each other to fill their emotional voids and soothe their feelings of wretchedness coming from a sense of being abandoned by one another, they got back together. Things were stable for 4 months, but then each one anticipated being abandoned again, set it up to happen and went through the same mutually hurtful experiences.

Angela initiated therapy, frantic that her efforts to placate Cassie had failed. They both attended, and an interesting pattern emerged. When Angela shared her feelings of frustration and longing to be accepted Cassie would close up and abandon Angela in that vulnerable spot. When Cassie opened up and shared her fears, Angela dismissed them, and emotionally abandoned Cassie.

Angela refused to attend again, vindicating Cassie in her view of being abandoned. They returned to therapy a few months later, and this time they were more curious about each other’s experience, but reverted to the same pattern of abandoning each other at their most fragile moments, until they saw their pattern, decided to own it and work through it in therapy on a regular basis – committing to each other, and showing up: filling the abandonment holes and healing the wounds.

Anxiety based rules can destroy your marriage

Getting proof that your partner is committed to you