Are you ashamed of your relationship and hide it from family and friends?

Home/Anxiety therapy, Intimacy, relationship issues/Are you ashamed of your relationship and hide it from family and friends?
Previous Next

Are you ashamed of your relationship and hide it from family and friends? 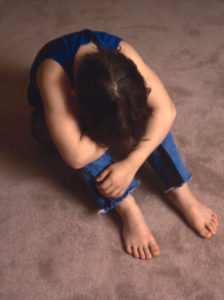 Bursting with energy and excitement thirty-three year old Evelyn closed up her jewelry design studio and took Greg her thirty-four year old boyfriend to his second interview for the position of assistant chef at the hottest restaurant in town! As usual he was broke and couldn’t afford to put gas in his car. But when she got there he was irritable and snapped at her no matter how much she tried to boost his confidence. By the time they reached the restaurant she was already regretting helping him out, vowing never to bother again!

Ever since she saw the job advertised online she had encouraged him to go for it, hoping that he would make something of himself. She wanted a partner on her level of the social and career ladder and if that meant she had to yank him up to be her equal, then that is what she resolved to do. After years of debating grappling with the question, “how do you find a good guy?” she had finally found one, but he needed polishing and shaping up to be even better.

Evelyn wanted to go up in the world and was determined to drag Greg there too!

She pushed him to apply for the job, helped him with his resume, paid for his hair cut and new clothes. She made sure he got up at the crack of dawn to go to the local farmers market to bone up on the local produce. The night before the interview she quizzed him on gourmet food preparation, and gave him a pep talk to keep his spirits high.

She was in a state of suspended elation, envisioning him with a steady well-paying prestigious job so she could feel proud of her choice of partner. But his surly attitude demolished her feelings of anticipation. She felt utterly defeated. Once again her efforts to make him better himself were in vain. She wanted to dump him right then and there as disgust and fear filled her mouth with a bitter taste. How could she stay with a guy who showed no signs of wanting to elevate himself so that he could be worthy of her?

How was she going to continue to live with this odd love/hate relationship and stay sane?

That night Evelyn tossed and turned trying to grapple with her dilemma. Greg was one of the most naturally affectionate men she had ever known but he dressed cheaply. He was a good listener and a great cook, but he didn’t wine, dine and romance her with gifts. He would spend all night talking to her about his past while she shared hers, but he had only once paid for meals and drinks in all the two years they had been together.

For so long she had tried to find Mr. Nice guy and now that she had found him she was disappointed and unsatisfied. He was deficient in so many important ways that she wondered whether it was worth her while to invest all this time and energy into transforming him into her ideal partner.

When she thought about taking him to family gatherings she was engulfed in shame about her choice of a ‘waster’ of a boyfriend, and she invariably avoided introducing him to relatives. Her friends in the clothing accessories business had often asked her to bring her boyfriend to their networking meetings, but once again her shame about being with a guy who didn’t have a good career and income made her keep her life with Greg separate from everything else.

When the two of them were at her place enjoying the cooking, eating, making out and long talks, Evelyn was in a bubble of pleasure, comfort and fulfillment. She didn’t need anything or anyone else. But as soon as the clock struck midnight and the carriage turned into a pumpkin, the reality of how far she was from getting him to be whom she wanted dawned on her and made her sick.

The split life was killing her, but she was addicted to the heavenly connection they had alone away from reality and couldn’t give it up. She couldn’t go on living the idyllic life with Greg in private while pretending to be single in public. 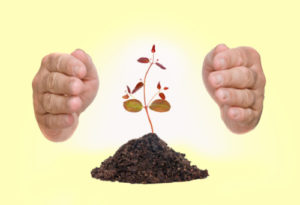 Can Evelyn have her cake and eat it too?

Yes, but she can’t do it on her schedule. By trying to force and accelerate the process of bringing him up to her level just so she can numb her shame turns Greg into an object who has to dance to her tune and rescue her from her emotional dilemmas. That means he is going to be angry, irritated and rebellious just as he was when she took him to the interview. He is going to feel ashamed that he can’t do things for himself when she takes over, and resent her for it.

When Evelyn throws her shame at him, he picks it up and throws it right back! Both of them are angry and the slow destruction of the good times begins.

Allowing Greg to develop at his own pace while recognizing the loving aspects of his personality will help him want to grow his career. First he needs to know he is loved for himself and not for the social cachet he brings to the relationship. If Evelyn can love him for himself, so will her family and friends. Bringing their union out of the bubble and into the real world can expand it, and provide a foundation for both Greg and Evelyn to grow and build their careers together, even if one has a head start.

How to get more by working less at relationships