Home/Anger Issues, Anxiety therapy, Intimacy, relationship issues/Self-Compassion Makes You the Partner You Want to be Toward Your Loved One
Previous Next

After chiding her live- in boyfriend of five years, thirty-three year old boutique owner Nicole was full of self-loathing. She was angry that she had lost her temper with thirty-five year old car service manager Craig who was constantly letting her down. Nicole watched herself berate him for his sloppiness and half-finished chores. She saw Craig cringe and it reminded her of the times when her father laid into her for not doing as he expected. She didn’t want to be anything like her father. She was alarmed and ashamed that she behaved exactly like her dad, and wasn’t able to do anything to stop it.

Ever since she was a teenager Nicole had prided herself on keeping her cool and expressing herself in a calm and rational manner. She had trained herself to be logical and to avoid letting her disappointments and upsets make her lose control. If ever she found herself being harsh, critical and unfeeling towards her friends and loved ones she crucified herself mercilessly. She couldn’t tolerate failing in her most important goal. She resorted to beating herself up with harsh admonitions as the only way of eliminating the ‘dad streak in her.’

The brutality with which Nicole punished herself for acting like her dad far exceeded the harshness that her father himself used when he criticized her for not meeting his expectations. Her self-esteem was shattered then, as it was now. Her self-hatred on the other hand was at an all time high. Nicole’s expectations of herself were more demanding and involved a total lack of self-compassion.

She was so scared of waking up in the morning and turning into her hardhearted and cruel dad that she felt she had to beat it out of herself. Just as her father had washed her mouth out with soap if she dared to defy him, so she wanted to wash out any specks of similarity between her dad and herself. Self-compassion got in the way. She had to be unforgiving, cold, heartless and matter of fact about any signs that she was acting in any way as strict and cutting as he was.

Nicole was also scared that Craig would leave her if he felt scolded and rebuked for not doing what she expected. The thought of being the one driving him away and ending up alone made the pit of her stomach growl with anxiety. She wanted Craig to show her that he cared and was willing to do what she asked, but she didn’t want to bully or scare him into it. The guilt she experienced when she saw herself bully Craig like her dad bullied her was unbearable.

She wasn’t able to stop herself from getting riled up and acting like her cruel father, nor was she able to get Craig to love her the way she wanted. She was fast losing hope that either of her most cherished wishes would ever come true.

Before Nicole gives up completely and just wallows in her poor self-esteem there is an important piece of information that she can benefit from.

The vital information involves the way she treats herself after she fails in her goals. Right now she beats herself up and scares herself into trying harder and being more in control. Even though she is aware that it isn’t working, she does it all the more in a frantic attempt to force her unruly nature to be different. But that too fails. 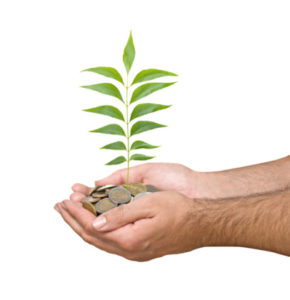 Research reported in the Personality and Social Psychology Bulletin 2012 found that a self-compassionate stance towards failures was the most effective motivator to improve personal weakness and moral transgressions.

Self-compassion worked better than boosted self-esteem, self-confidence, or focusing on other successes.

For Nicole it means that if she allows for the fact that she is human and will sometimes get so frustrated that she will act like her dad then she will be more motivated to improve that personal weakness rather than beat it out of herself unsuccessfully. It’s so much easier to think of making some part of you better and more mature rather than eradicating it all together. The chances of success are infinitely greater. The incremental steps of progress maintain and feed the motivation to keep working on it.

If Nicole accepts that she is fallible then she will be more likely to forgive herself since she isn’t expecting herself to be a perfectly consistent machine that never goes wrong or breaks down. So when she commits her moral transgression of reprimanding Craig she can tolerate her mistakes and empathize with him.

How can Nicole suddenly become self-compassionate when she has seen it as a weakness up to now?

First Nicole needs to remember how horrible it felt when her dad was ridiculing and chastising her. Then all she has to do is to tune into what she really wanted him to say and do. What were the words she longed to hear? What tone of voice was she hoping to hear? What was the expression on his face that she desperately wanted to see? The answers to those questions provide the exact recipe that she can follow to be self-compassionate. Talk to herself with the tone and words she wanted from her dad. Look at herself with the kind and understanding eyes that she ached to see in her father’s face. Done!

How to stop fear from obstructing your success

How bitterness and self-blame make you sick and depressed

By jeanette_raymond| 2016-12-13T05:19:18+00:00 February 13th, 2013|Anger Issues, Anxiety therapy, Intimacy, relationship issues|Comments Off on Self-Compassion Makes You the Partner You Want to be Toward Your Loved One