Is Family Conflict Making a Friend Out of One Loved One and an Enemy of Another?

Home/Anxiety therapy, Communication Problems, Intimacy, relationship issues/Is Family Conflict Making a Friend Out of One Loved One and an Enemy of Another?
Previous Next

Is Family Conflict Making a Friend Out of One Loved One and an Enemy of Another? 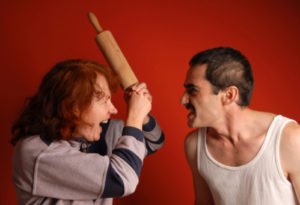 After a heated argument about being late for dinner, thirty-four year Gemma threw insults at her forty year old husband Jordan who told her that she was overreacting. She stormed out of the house when she heard that he had been finishing an online checkers game with a manufacturing client in Russia.

Inflamed at being so disrespected and getting no apology to boot, Gemma drove to her mother’s home with a rush of indignant adrenalin propelling her tired body. Her outrage spilled out before her mother Gloria could make sense of the latest problem that Gemma and Jordan cycled though in their stormy three year childless marriage.

“He stood me up to play a game! Can you believe that! He knew how much trouble I went to get that dinner ready so we could go out later. I hate him. He doesn’t care about me. All he cares about is his  f…… clients!” Gemma erupted at her attentive and sympathetic mother.

“He’s always been selfish. I want to shake him when I hear how he lets you down. He needs to take his responsibilities seriously. He acts like a child playing games all the time instead of doing his duty.” Gloria joined in with equal contempt. 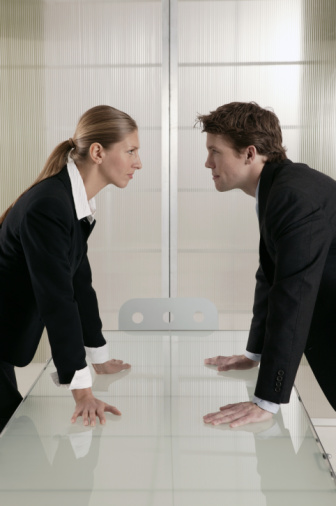 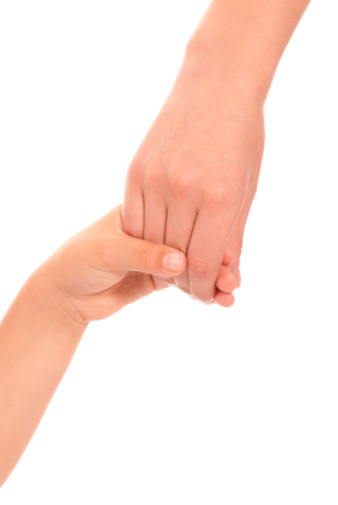 Gemma calmed down immediately. Having her mother take her side and share her bad feelings about Jordan was like having a cool drink slide down a parched, dry sore throat! The union with her mother was comforting. She didn’t feel as alone and helpless as she had when Jordan brushed aside her anger at his late arrival and blasé attitude.

For the rest of the evening Gemma and Gloria were like two peas in a pod – in perfect synch, reading each other well and anticipating each others needs without effort. It was the most wonderfully validating connection Gemma had felt in a while.

Three days later Gemma and her mother were out shopping at the mall. Gemma fell in love with a beautiful handbag and wanted to buy it right away. But then she started having nagging doubts. It was too much money, maybe it was too extravagant, perhaps she didn’t really need it, and so went the chatter in her head. She asked her mother to lend her the money and promised to pay it back.

Gloria refused. “I’m sorry. I don’t think that bag is worth that much money. It’s not like you need it! You can work it out with Jordan. It’s not up to me to give you money for your personal spending.”

Mother daughter problems created a fresh round of family conflict

Gemma flew into another disappointed rage. Her mother’s words felt like she had been thrown out of a plane without a parachute. Once again she felt alone, helpless and unable to grasp the reins of her life. She spewed out her bitter rage at her mother for being uncaring, unsupportive and not interested in her feelings.

A fierce and prolonged battle between Gemma and Gloria continued on the way home. Gloria wanted rid of her belligerent daughter who was stressing her out, and Gemma wanted to get as far away from her cruel and abandoning mother as possible. She called Jordan and started complaining about her stingy, selfish and mean mother.

Jordan made sympathetic noises on the phone and joined her in dissing her mother when they met up later that evening. “She’s always been mean with money. She never treats anyone without wanting something back. It’s okay, don’t worry, if you really want the bag we can go buy it together.” Jordan said as he repaired the tear in their relationship by making Gloria the common enemy.

Gemma was soothed and felt very close to Jordan. He was her savior and champion and that made her feel wanted, special, important and deeply connected to her husband.

When Gemma felt hurt and dismissed by her husband, she made a connection with her mother that involved both of them turning Jordan into their mutual enemy. Then when her mother hurt and disappointed Gemma she found an ally in Jordan, using Gloria as the odious enemy.

Gemma relates to loved ones only when she has an enemy to rail against. Without being angry at someone there is nothing for her to use to make the connection. It’s as if she can’t feel wanted or close to someone unless they are protecting her from a ‘bad’ person. If there is no bad person there is no reason to reach out for a relationship.

Imagine the exhaustion of having to make an enemy of one loved one in order to get close to another! Just think of the anxiety that Gemma must have if she isn’t splitting her loved ones into the good guys and bad guys, switching them around as necessary.

How awkward it must be for Gloria and Jordan to be an enemy one minute and a best friend the next! 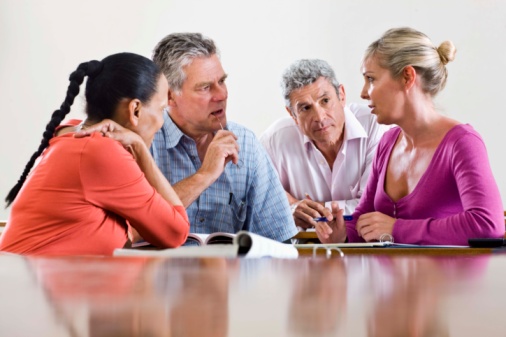 So what’s the best way for Gemma to relate to her loved ones without engaging in family conflict?

1.    Right now Gemma gives her authority to her loved ones. When one of them lets her down she goes to the other. So the first move is to center the authority in herself. She can own her own plans, feelings and choices without getting an ally to rubber stamp them.

2.    Gemma can go for what she wants in life and feel good about it so that she can connect from a place of self-respect and pride.

3.    Gemma can share her efforts to take care of herself as a way to build connections and feel wanted instead of connecting by getting rescued or protected from those who fail her.

You might be thinking about the role Gloria and Jordan play in this enemy-ally pattern of relationships. And you would be right to include them in the plan. They need to pay attention to Gemma’s self-care successes and ignore the pleas for rescue and protection by making one or other to be the enemy. They need to respect themselves and refuse to allow Gemma to swing them high as allies and then drop them low as enemies when it suits her.

Is anger the only way you can whip people into loving you?

Solving the hurt of family problems

Four ways to manage the excitement and dread of family reunions

By jeanette_raymond| 2017-09-13T19:54:54+00:00 January 30th, 2013|Anxiety therapy, Communication Problems, Intimacy, relationship issues|Comments Off on Is Family Conflict Making a Friend Out of One Loved One and an Enemy of Another?