White Lies And Whoopers Make You Sick, Depressed And Cut Off From loved Ones.

Home/Anxiety therapy, Intimacy, Uncategorized/White Lies And Whoopers Make You Sick, Depressed And Cut Off From loved Ones.
Previous Next

White Lies And Whoopers Make You Sick, Depressed And Cut Off From loved Ones.

Do you find yourself telling little white lies to avoid arguments or to avoid hurting or enraging a friend, loved one or colleague? Then you are not alone. It’s human and understandable when you want to get out of a mess or stop one from happening. But did you know that even the smallest of lies can make you sick, feel bad about yourself, demotivate you and ultimately destroy your relationships?

A crisis that rocked Winston’s peace of mind forced him to come to terms with the damage he was doing to himself when he constantly lied to his girlfriend and others in the mistaken belief that he was taking care of their feelings. After a series of lies that became part of his way of keeping the status quo he found himself with a constant sinus infection, fatigue and anxiety about his self-worth.

Here is how the lies became a serious threat to Winston’s health and well-being.

Winston didn’t want to have the usual Friday night ritual with Gemma. He wanted to go with his friend to a party for new travel agents thrown by a big holiday resort company. But he didn’t want to hurt Gemma or make her think badly of him, so he lied. He told Gemma he was sick with a bad cold and had to cancel their date. At first it was a relief to hear her sympathy and good wishes, but by the next day Winston began to dread contact with her. He didn’t want to hear her ask after him. He didn’t want to be distracted from the excitement of the party where so many opportunities had been presented. He wanted to be free to talk of his eagerness to find clients and get commissions for his bookings.

But he had to pretend he was sick. He had to lie to Gemma and make sure she never found out. It was a repeat of other times when he wanted to do something for himself that didn’t include her and he lied. Winston’s efforts to maintain the lie made him lie more because he couldn’t feel good around Gemma. He made more excuses for not getting together or staying in contact. The time and energy he put into the holiday resort client base made him feel guilty. He didn’t enjoy it because he couldn’t be fully present and concentrate without the fear of being caught out. The fear, guilt and shame of not being able to tell Gemma the truth wiped him out till he felt like a wrung out dish rag.

Winston’s sinus infection flared up. He couldn’t sleep properly as his breathing was affected. Treatments were ineffective which made his anxiety go through the roof. He lived in fear of Gemma calling or finding out, and stopped seeing her as an attractive companion.

Winston had been lying for as long as he could remember. He operated on the premise that he had to do and say what others wanted and that meant lying about his own wishes. He had to attend to his own stuff in secret and that meant lying. He believed that if he dared speak truthfully he would be seen as selfish, unloving, ungrateful and disrespectful. So he was willing to lie to maintain connections that he thought were based on a need to hide himself and present only an image of compliance – basically a big huge lie.

Illness and depression drove Winston to be open and honest

Each time Winston arrived at a crisis of health and depression he was compelled to heal himself by no longer pretending and lying. It was such a relief that his illnesses would disappear instantly although he worried about whether he would be hated and mistrusted.

Can research help Winston to find an incentive to stop lying without having to wait for illness?

Discussing their findings at the American Psychological Association’s 120th Annual Convention 2012, researchers at the University of Notre Dame found that those who lied on a regular basis had worsening social relationships, having a negative effect on their physical and mental health. 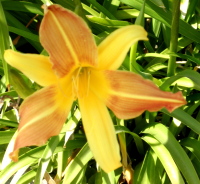 People who stopped lying in their everyday lives had fewer physical complaints, such as sore throats, headaches etc. than while they lied.

They also had better mental health, self-esteem and were less depressed. The researchers reported that after 10 weeks of being open and honest people realized they didn’t need to exaggerate, make excuses or pretend. Day to day social interactions were smoother and social relationships became stronger when people spoke frankly about their wishes, feelings and behavior.

The improvement in relationships brought immense benefits in terms of physical and mental health. It was true for stopping white lies and little fibs, as well as bigger more serious breaches of honesty.

So Winston can make sure his relationships are open and honest from the get go. Mutual honesty brings trust, and trust confers safety and bonding that is necessary for healthy attachments. Security in relationships regulates the immune system by reducing the stress that comes from lying and worrying about being caught.

How to use lies in relationships to improve communications

Why 9 out of 10 apologies fail to improve relationships

How to bargain successfully with loved ones