Home/Anger Issues, Anxiety therapy, Intimacy, relationship issues/Why Your Ideal Of A Perfect Marriage Causes Your Finance To Break Off The Engagement
Previous Next

Just as the wedding plans were being finalized twenty-three-year-old Neville’s fiancé broke it off – for the third time!

He couldn’t believe it. He had been there through thick and thin, including seeing twenty-two-year-old Sheila through her bouts of anxiety and depression. He made allowances for her during these times, and tolerated Sheila’s mother trying to compete with him for the role of ‘chief caretaker.’

No matter how patient he was or how many allowances he made, at the end of the day he felt dumped. Just as he was looking forward to looking for a house and planning the details of the wedding Sheila backed out saying she couldn’t go through with it. She wasn’t ready. She was very sorry, especially as this was a repeat of what had happened before, but it wasn’t going to work out.

Neville was in shock. This was the closest he had ever gotten to tying the knot with someone he was nuts about, and it all fell apart. Would he ever get married? Would he ever find that magic that his parents seemed to have and that he desperately wanted to capture?

Amid the fear that he was going to miss the boat, Neville felt angry, disappointed and terrified. The mix of feelings was overwhelming and paralyzed him for a while.

The shock came from discovering that no matter how good, kind, understanding and patient he was, he couldn’t make things happen the way he wanted and expected.

The anger came from being strung along, for his hopes to have been raised again only to be dashed and crushed. He was also angry at himself for believing Sheila would be different third time around. He was furious that he had allowed his dreams and hopes to blind him to Sheila’s problems in committing to this or any other relationship.

The disappointment came from a history of never finding the right woman, and if it seemed like he had, he would be jilted.

Neville longed to be like his dad, lovingly taken care of by his wife. Neville wanted to be the center of a woman’s universe, just like his father was to his mother. Neville wanted never to have to worry about his wife having competing interests. He wanted to be able to enjoy his job and his hobbies while secure in the knowledge that any wife of his would be just like his mother, totally devoted to her husband.

The terror came from a sense of foreboding that he was never going to fall for a good women like his mother. He had dated other women who were reliable, kind, supportive and adoring. Those women didn’t keep his attention. He enjoyed being adored for a while but felt no pull or attraction. He ended those relationships without much feeling, but remained terrified that he wouldn’t find someone who had both the caring qualities of his mother and the addictive qualities of Sheila. It was her total absorption in him one minute and her detachment the next that tantalized him and made him try harder. He wanted the absorption to last forever, like his parents’ marriage seemed to portray. 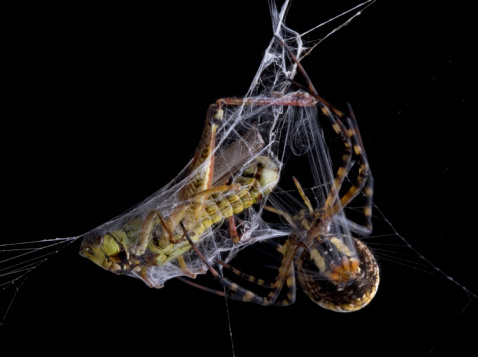 He was trapped by wanting to recreate and relive his parents’ marriage, instead of building a unique one of his own.  Anything that differed from the rosy picture he had of his parent’s relationship felt inadequate and unsatisfying. Nothing in the real world ever matched up to his ideal, and Neville was left feeling angry and hopeless.

Neville’s attempt to superimpose what he believed to be the perfect marriage on all other relationships made him unavailable to those women who did care for him and were willing to commit to him. His insistence on turning his relationship with Sheila into a replica of his parents’ marriage made her withdraw, since she was being asked to be Neville’s mother rather than herself. 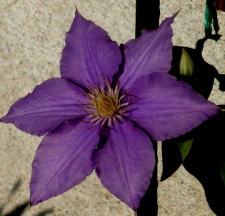 Neville’s hurt, anger terror and disappointment can be useful to him if he allows it to help him break through the bubble he wants a future wife to live in with him.

He is capable of creating his own unique relationship that can grow and develop rather than borrow that of his parents and preserve it like an Egyptian mummy. Neville doesn’t have to feel like he is betraying his parents if he has a life that differs from that of his parents. Nor does he have to give up feeling loved and cared for if it comes in a package that looks different from his mother.

Separating himself from his parents will help Neville be his own man, and allow a woman in his life to be her own person. That is difficult to do alone and is best done slowly and safely in therapy so that the strong emotions of fear and anger don’t prevent growth. As he grows Neville will be able to make room for a woman who can be a good partner to him just as she is and without the image of his mother looming over her. Neville will never get jilted again because he is making a future that is unique and not bound by the framework of his parent’s marriage.

Why you chose the wrong partner over and over again

Perfectionism may be ruining your intimate relationships

By jeanette_raymond| 2017-09-13T18:15:58+00:00 September 11th, 2012|Anger Issues, Anxiety therapy, Intimacy, relationship issues|Comments Off on Why Your Ideal Of A Perfect Marriage Causes Your Finance To Break Off The Engagement