Home/Blog, Dreams/Your dream can show you how you censor yourself and spoil your happiness
Previous Next 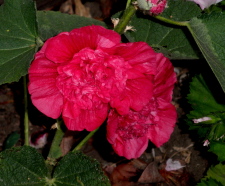 Donna’s Dilemma – Can she have intelligence and beauty or does she have to choose?

How could she look good and hang on to her intelligence, confidence and ability to make good decisions?

It bothered her that she couldn’t loose weight and look good because it would mean telling the world that she was just an object. Women who looked good seemed like a hollow shell, where the outside looked good but with nothing of substance inside. If she stayed like she was and focused only on her smarts, she would end up lonely and sad. People would only want her for her intellect. Quite a dilemma.

Dream to the rescue

How Donna’s Dream Helped Her With Her Difficult Choice

As we talked about the dream we discovered that Donna had a very vigilant security guard inside her psyche. Her security guard kept her appearance and intelligence separate in order to protect her from getting hurt and feeling bad about herself. Going with the looks was a big risk of getting guys who just hit on her, so it was safer to stress her brainy side. If they just wanted her intellect she would never raise her hopes about being wanted for her physical appearance.

The Dream Removed The Need To Choose

Donna was paying too big a price for this separation. Her security guard was too good. So her dream showed her that it was okay to be less rigid. It was fine for her to give space to her need to look appealing and to her smart brain. The dream took away the burden of having to choose. She was being given permission by her own internal healer via the dream that it was safe to meld these two strangers and make them a whole person.

Two weeks later Donna attended a party where she was showing some of her creative works. For the first time ever, she didn’t hate her looks and didn’t imagine that everyone was judging her badly. She allowed herself to take in the praise and compliments of her family and friends. Both parts of her were given equal weight and by thinking of herself as a whole person, she invited others to do likewise.

Donna Enjoys Better Relationships and is More Comfortable With Herself

Now Donna doesn’t have to worry about whether she is attractive OR smart and which part of her she should show the world. She has both, and as she gets more comfortable with them at the same table, she will get have more satisfying relationships. She is more in touch with her internal security guard who can use her good judgment as to when it necessary to be extra vigilant and when it is safe to be less rigid. Donna’s new found flexibility makes her more open to good things.

Read About Donna’s other challenges and growth through dreams

What Does it Mean if You Explode Into Tiny Pieces In Your Dream?

Can Your Dream Help You Lose Weight?

Help to understand your dreams