Home/Anxiety therapy, Intimacy/How To Make Sure Your Relationship Makes It Past The Initial Romance
Previous Next 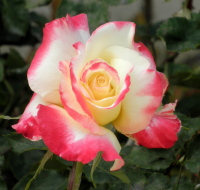 Do you wonder why your relationships fizzle out after the initial ‘high’ of that new romance has worn off?

Are you disappointed that those feelings of elation and effortless connection wane? Perhaps you are concerned that you will have to make do with mediocre feelings of bonding that become more about duty and routine than about desire and mutual comfort.

A significantly high number of relationships lose that special chemistry which glued them together at the start of their relationship.

But it doesn’t have to happen to you, if you pay attention to the actual chemistry that maintains, sustains and strengthens the bond. It’s all down to a hormone called Oxytocin – and whether you create the right conditions for it to be produced so that it can do the job.

Connie and Jasper met in an airport lounge and instantly fitted together. It was as if they had known each other all their lives. They reveled in their minds and bodies being in total sync, as if they were one and the same person. It made the relationship feel natural and right, leading them to move in together and make plans for marriage. They enjoyed a balanced rhythm of give and take, affection, and joint focus on their personal interactions and well as on their social lives. 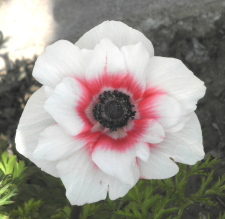 All was going well until the wedding arrangements took center stage.

The details of the reception, invitation cards, music and guest lists disrupted their connection. Instead of tuning into each other from moment to moment they were checking on who accomplished a task or let one slip. Instead of regular affection it was formalized into greetings and goodbyes. Instead of matching one and others rhythms and moods they were pulling and pushing to manage the stress of the wedding day.

Jasper’s wedding day was taken up with consoling his mother who was convinced she was losing a son. Instead of checking in with Connie as they used to do every few hours, he hadn’t spoken with her or felt her closeness for weeks. Instead of being comforted by her soft voice and her infectious laugh, he was consumed with making sure his best man was sober and the honeymoon arrangements were confirmed. 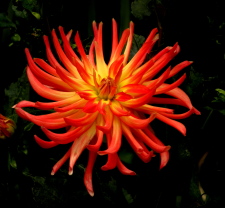 The Oxytocin that had successfully glued Connie and Jasper before they planned their wedding was no longer circulating in their blood streams.

It had long since stopped being produced because their bonding rituals had ceased. Without the Oxytocin in their systems, Connie and Jasper were more irritable with one another. They made less room for one another’s mistakes. There were more expectations and fewer moments of genuine connection. The natural rhythms that once made them a perfect fit were jagged and threatening to sever their emotional ties, just when they tied the formal knot of marriage. 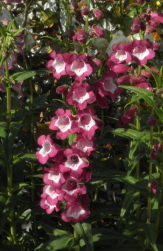 How can Connie and Jasper regain that bond and connection before it is too late?

By rejuvenating their bonding rituals! Recent research has shown us exactly what they are and what happens when they cease to operate.

A study on new and established couples reported in Psychoneuroendocrinology 2012, found that couples who stayed connected and together after the first six months of romance maintained the same high levels of Oxytocin in their systems as new lovers.

They did it by actively engaging in shared give and take and including affection in their lives on a spontaneous but regular basis. The study found that couples who maintained their high levels of bonding hormones showed interest in each others anxieties and talked about the worries regarding the relationship as they arose.

Basically, couples who successfully kept their Oxytocin levels as high as in the early romantic days stayed in synch with one another emotionally and affectionately.

Keeping those levels of Oxytocin high by engaging in interactive reciprocity was the sole predictor of whether couples would stay together after the initial six months of “highs” common in romantic love.

Those couples who failed to stay tuned into each other at all levels, reduced their levels of Oxytocin and separated after 6 months.

Mutual give and take and tuning into one another produces and maintains the high level of Oxytocin needed for bonding, and in turn the Oxytocin produces the glue that keeps the bond alive and strong.

So avoid the mistake that Connie and Jasper made by focusing on everything but their relationships. Make sure you stay in tuned into your partner and the relationship in an affectionate manner so that your levels of Oxytocin remain at levels that predict a stable and strong partnership.

Are you making the right kind of investments in your happiness?

Ensure your relationship against a loss of intimacy and committment