How to deal when you want commitment but your partner is hesitant!

Home/Anxiety therapy, Couples Counseling, Intimacy, relationship issues/How to deal when you want commitment but your partner is hesitant!
Previous Next

How to deal when you want commitment but your partner is hesitant!

You want to spread and grow, like this sunny vine, but your partner doesn’t

Do you feel pressured to move on with your life, but can’t do it because your partner wants to go slower?

Are you tired of promises of commitment that never turn into action? Perhaps you have allowed this pattern to go on for years and can no longer wait for something that may never arrive. If so, it’s likely that your time clock is emotionally faster than your partner’s and your frustration comes from expecting and hoping that the two clocks will some day synchronize. Should you keep wishing for the rhythms to match or should you find someone else?

Commitment was promised but never delivered
That was the problem facing Trudy. She loved Alexis and had been with him for five years. They loved their free time together, sharing affection, camping trips, humor and food adventures. Sex was wonderful, tender and comforting. The fly in the ointment was that the relationship marked time as if they were still dating. Alexis said he wanted to live with Trudy but made no efforts to move out of his family home. He said he wanted to start a family as he neared his 40th birthday, but was always putting off that conversation with excuses to do with family business and other things that he “had to” take care of first. 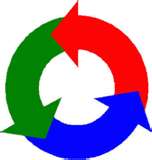 Alexis kept Trudy going around in circles of hope and disappointment

Alexis felt committed to  Trudy, but he couldn’t give up family commitment
Alexis really did love Trudy. He admired her strong will and resolve. He was inspired by her ability to make a decision and act on it. Being around her gave him the impetus and courage he otherwise lacked to forge his own path in life even if it upset his family members. But he just couldn’t keep it up. He would get so far and then cave in when he felt pressure to keep the family ties firmly knotted up, making Trudy feel like an intruder.

Alexis wanted to balance family and romantic commitment
Alexis hated the stress of having to choose. Trudy resented the stress of having to play second fiddle. She wanted a sign that she came first but never got it. Alexis was unable to shift priorities for fear of loss of family and his livelihood which depended on it. He tried to organize a merger between Trudy and his family, but neither side wanted to play ball.

Inside the bubble of togetherness everything felt good, but the bubble kept bursting

Trudy got commitment when Alexis was in a romantic bubble with her
Alexis welcomed the relief he got from family pressure when he was in the bubble with Trudy. When the pressure with Trudy to set a wedding date grew unbearable he would return to the ‘family bubble’ until once again it become uncomfortable. Switching bubbles to escape from demands and expectations that he couldn’t stand up to was the way Alexis managed each situation – temporarily and unsuccessfully, causing him stress and ill health.

Trudy lost the commitment to her when Alexis shifted to the family bubble
Trudy coped with the stress of having Alexis one minute and then losing him to his family the next by exiting all together for periods of time. She just disappeared so as not to feel like she had to fight for Alexis or beg him to choose. She wanted him to miss her enough so that he would make the choice based on his need for her. But it never worked on a long term basis. He would woo her back and then the whole thing started it’s stressful and painful cycle all over again. 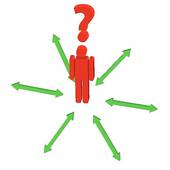 What will Trudy gain or lose if she continues to stick around with her procrastinating partner?

Should Trudy continue living from one short bubble of commitment to the next?

Trudy is in a no win situation. If she helps Alexis to put his romantic life first and start a new family he may resent it and that would ruin the relationship. If she walks away she will lose something she values with no guarantee that Alexis will wake up and grab her before she finds someone else.

Alexis doesn’t want to make choices as they all involve some loss. He has to give up something to get what he opts for. He can’t commit to anything if it means giving up something else.

If Trudy can tolerate that Alexis is unlikely to be proactive, but is more likely to commit if forced to by dint of crisis or natural losses, she can have Alexis in her life albeit not exactly in the way she wants. But if she can’t, she can

1. Help Alexis develop firmer boundaries between family and his personal life by continuing to show him how she does it. That is also a model of commitment towards Alexis that he can emulate.

2. Help Alexis deal with his fear of loss by sticking around.

Will that be enough for Trudy? Working on her need for proof of commitment while Alexis works on his fear of commitment can take them both nearer something they can both be comfortable with.

Disclaimer: this article is for educative and informational purposes only. There is no liability on the part of Dr. Raymond for any reactions you may have while reading the article or implementing any suggestions therein. Interacting with this material does not constitute a therapeutic relationship with Dr. Raymond.

By jeanette_raymond| 2017-09-13T19:02:30+00:00 January 11th, 2012|Anxiety therapy, Couples Counseling, Intimacy, relationship issues|Comments Off on How to deal when you want commitment but your partner is hesitant!