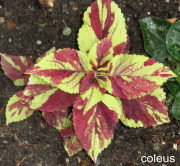 Two tone plant reflects the two parts of you that burst into panic attacks!

You thought you had figured it out and that everything was under control – but then just at the worst possible moment before the big event, panic attacks grab you and reduce you to a heap of jelly. You try to keep it quiet, push through it, chop its head off before it gets a grip, but you can’t. Your legs feel wobbly, your pulse is racing, you feel like you are choking, and your hands and forehead are covered in sweat. You are having a full blown panic attack and the shame is killing you. You want to be near people but yet you don’t want to be seen in this state. One dilemma after another, enough to induce another panic attack!

The best way of making sure that panic attacks haunt you forever is to pretend they are flukes, that you imagined the panic, that it was something you ate or some other temporary interruption in your well planned and organized life.

Veronique did just that, hoping they would disappear, but it nearly ruined her marriage.

Julian’s Bar Mitzvah was coming up. Her eldest son had worked hard to be ready and Veronique had supported him throughout the months leading up to the day he would be honored as a man. Brody had been a good role model and shared a lot with his son about his experience of being Bar Mitzvahed! But as the time drew nearer, Veronique found herself getting short tempered, and wanting to do things by herself. She couldn’t concentrate on what other people were saying, and resisted attempts to be included in family discussions.

Veronique’s uncontrolled fears made her feel estranged from her husband

Feeling isolated and anxious Veronique felt that she was being pushed out, that her ideas and plans were being ignored, and worst of all she was hearing that as a woman she wouldn’t understand the significance of this occasion.

On the eve of the Bar Mitzvah, Veronique had a series of panic attacks. Quiet ones at first. They were almost invisible to family members who were busy putting last minute plans into action. To Veronique it felt like she and her family were in two different camps. It felt like she was being ostracized, spoken about behind her back, mocked and made fun of. She felt abandoned and disowned by her husband. Her marriage was under threat.

That’s when the big panic attack overwhelmed Veronique. She started shaking and gasping for breath, hyperventilating until she could no longer support herself on her feet. She got frightened when her body felt like it was about to disintegrate. Screams started coming out of her mouth, and her face showed pure terror.  Brody tried to calm her down, but Veronique experienced him feeling disgusted and trying to rid her of her ‘craziness.’

seeds of old relationship wounds burst out in panic attacks!

At the moment Brody came to her rescue and Veronique saw the anxiety on her son’s face she recalled the time in her childhood when her brother had been Bar Mitzvahed. It had been hard to live with her brother getting so much attention, so much admiration, and belief in his ability to reach manhood successfully. Veronique couldn’t wait to have her time, when she could have her Bat Mitzva and get her share of parental focus. She waited and waited to have her parents show their hopes for her future. She wanted to bathe in the light of her parents’ faith and belief in her ability and potential. But it never came. They didn’t make a Bat Mitzhvah for Veronique.

The letdown was hard to bear. Veronique never showed her hurt and sense of betrayal. She never showed the deep scar of being treated differently and being made to feel less important than her brother. She kept the pain in, pretended it was fine and buried her wound. The only thing was the wound was never cleaned, dressed and bandaged.

When Veronique’s son was having his Bar Mitzvah it stirred up Veronique’s wound. The wound got reopened and stung. But Veronique couldn’t be a big baby and have a temper tantrum in front of her family. That would be shameful.  How could a mother be jealous of her own son! A panic attack was the only way Veronique could give a voice to the tumultuous feelings stirred up by her son’s Bar Mitzvah and her raw childhood experience that never got a voice. 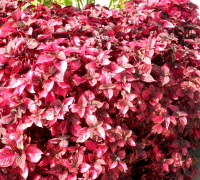 burning red bush of a festering raw wound bursts out!

Veronique’s panic attacks opened the door for her to deal with her old unclean festering wound that disconnected her from her husband. The panic attacks turned everything upside down, propelling Veronique to start mourning her loss, sharing it with her family, so she could finally get the understanding and comfort that she needed. It saved her marriage because she used the memories as a way of connecting, rather than cover it in a shroud of shame that would have entombed her marriage.

Shame about her disappointment as a child had created a volcano inside Veronique that burst out as panic attacks when she got triggered by her son’s coming of age. Now Veronique could come of age too. Panic attacks allowed her to deal with the dormant pain and help her be the good mother she wanted to be.

Understanding the reason for your panic and why it strikes makes it go away- but first you have to get past the shame of feeling things you have worked most of your life to avoid. That’s why the panic comes with such force and throws the shame at you so you have no choice but to deal with it.