Why protecting your partner may be the worst move you ever make!

Home/Anxiety therapy, Communication Problems, Intimacy, relationship issues/Why protecting your partner may be the worst move you ever make!
Previous Next

Why protecting your partner may be the worst move you ever make! 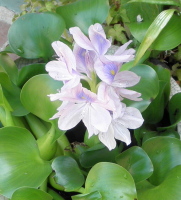 lonely and silent to protect your partner diminishes your satisfaction !

Do you keep quiet about your concerns and feelings in order to protect your loved ones from getting upset? Do you find yourself letting the moment pass because it would cause more trouble than it’s worth? Maybe it saves you from the hassle of trying to explain and be believed, but the consequence may be sowing the seeds of suspicion, mistrust and fear that destroys the communication pathways. 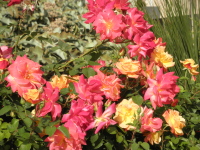 Trying to protect her husband from thorns, just made it worse!

Rose wanted to tell her partner all about her experience with the electrical contractor. But by the time he came home she had talked herself out of it. She had imagined that he would be angry at having a problem dumped on him as he got back from work. She imagined that he would blame her for not dealing with the issue herself. Rose convinced herself that Seymour would be grumpy, and distant, making the entire evening and night a ball of silent tension, with each of them avoiding the other. She didn’t want to be the one to put him in a bad mood. He had a bad heart, and she didn’t want to put any stress on him that would worsen his condition.

Seymour knew there was something wrong as soon as he opened the door. He could see it in Rose’s posture, her eyes, her anxious face and her fake greeting. Seymour’s stomach went into a spasm of knots. He couldn’t bear seeing his wife worried or upset. He couldn’t focus on anything if Rose wasn’t happy and relaxed. Seymour went into overdrive, trying to find out what was worrying her. The more he asked, the more she denied that there was anything amiss.He was totally stressed out.

Seymour’s stress levels went through the roof. He became agitated and couldn’t settle to deal with his mail, his dinner, calls from his friends or his drug regimen. He couldn’t watch television, he couldn’t read and he couldn’t play with his dog who wanted to be a source of comfort.

When Rose was sad and wouldn’t tell him why, Seymour felt like a bad husband, a selfish husband and an irresponsible spouse. Rose’s intention to protect him from feeling upset actually aroused more intense feelings of being a failure in her husband. But Seymour wasn’t going to tell Rose the effect her silence was having on him. Seymour didn’t want to upset her. He didn’t want her to feel guilty. He didn’t want her to have another migraine that took her out of operation for three or more days.

So both kept silent. Both felt good that they were doing the right and responsible thing by one another. Both felt they were taking care of the other.

But in reality they created an ever wider crater between them. Each time they kept silent in the belief that they were protecting one another; they made it harder to cross the chasm that had developed between them. Rose chose to be with her friends and her daughter in order to unburden herself. Seymour spent time with his buddies and his colleagues after work.

The down side of protecting your loved one is that they imagine the worst about you!

Rose thought that Seymour was having affairs when he was out. Seymour thought Rose was complaining to her relatives about her ‘no good’ husband, painting an unfair picture of him. Neither one was correct. But they had created the groundwork for a relationship that was turning into a robotic ritual, where inaccurate fantasies about the other became the operating principle.

Avoidance became the name of the game. Exactly the opposite of what an article in the Journal of Personality 2010. highlights as a measure of success in relationships. One of the most important strategies that benefit relationships according to this article is that couples engage in positive relationship behaviors by approaching each other, not avoiding one another.

An article in the Journal of Personality and Social Psychology 2011 indicates that when a member of a couple keeps quiet about negative sentiments and exaggerates their painful protest silently, the other partner is left like Seymour, constantly vigilant about Rose’s insecurity, and unable to focus on anything else. This research suggests that people in Seymour’s position became less and less satisfied with the relationship and start opting out. 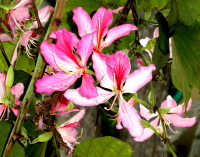 opening up the petals and touching each other makes relationships bloom!

How can Rose and Seymour re-open the channels of communication?

1. Seymour and Rose can get back to talking from their hearts and checking in to see how it was received.

2. They can share their fears that they are scared of not being able to make each other happy.

3. Rose and Seymour can focus on themselves as a couple who take care of each other rather than as individuals who have to constrict themselves in order to make sure their partner is alive (happy or otherwise).