Do you have to give up your past in order to have a loving future?

Home/Anxiety therapy, Intimacy/Do you have to give up your past in order to have a loving future?
Previous Next

Do you have to give up your past in order to have a loving future? 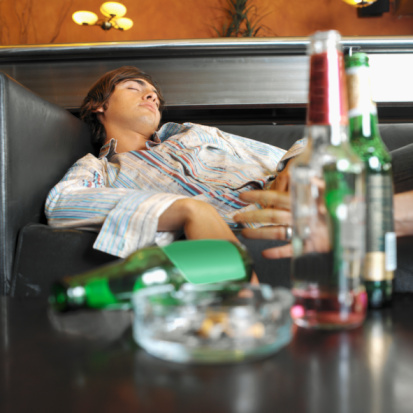 Dustin self-medicates to numb the pain of loss

Dustin’s girlfriend left him and he just wanted to die

In the depths of despair Dustin swallowed all the pills that he found, drank as much alcohol as he had in his place and waited for the numbing feeling to ease his pain. His girlfriend of three years had walked out on him and he was bereft. He didn’t want this gut churning burning agony to eat him alive. He wanted to die, and psychologically speaking the pills and booze did the trick.

Rosie left him because he just wouldn’t believe that she really loved him. She got tired of being doubted. She got tired of having to prove it over and over again with no evidence that it made Dustin feel more secure or lovable. Rosie couldn’t take being cast in the role of a disapproving parent always finding fault with Dustin who then used it as grist for his mill – “ you can’t love me if you are critical! Therefore I must be unlovable!”

Dustin trusted the bad times but not the good moments!

Dustin never seemed to focus on the times when they connected and had fun with mutual understanding and warmth. To him those moments were flukes, not real, unable to last – so how could he count on them? Rosie was just showing a little softness and warmth when things felt good, but behind that welcome invitation was a steel blade waiting to pierce his heart and kill him. He had to protect himself, and the only way he knew that worked was to disbelieve the apparent evidence that she accepted, loved and tolerated him just the way he was.

Throughout his childhood Dustin had felt like an unwanted nuisance to his parents who went off with other people and seemed oblivious to his feelings or reactions. For most of his life he had felt unloved and unwanted by the most important people in his world. To believe that Rosie was different would be rewriting his history. It would mean giving up the identity of ‘unlovable person,’ and most of all it would mean that maybe he made the whole thing up. So he zoomed in on any and everything that confirmed his perception, putting everything else in the ‘fluke’ box.

Knowing you are loved isn’t enough – you have to feel it to believe it!

Dustin didn’t feel the love, the comfort or support. He got it intellectually, and there it stayed. It remained up there in his knowledge base without mingling with his visceral experience. The support and acceptance didn’t make his heart race or his energy levels shoot up. He didn’t get a lump in his throat, or a tear in his eye when they were together. Knowing Rosie cared was one thing, feeling it was something he hadn’t experienced. Having the knowledge was like a dry bone that he could gnaw on lacking juice and flavor. Similar to the relationships he had previously encountered. Like the bone, they were solid, blood relationships, but dried out, hard and brittle. Dustin recreated the same quality of relationship with Rosie, as it was familiar and involved no change on his part.

Rosie offered Dustin many fresh juicy, tasty, bones to chew on with her, so they could create new recipes for connection with the bone marrow of commitment, security, understanding and trust. Justin chose the old dry one, and lost the chance of having a mutually rewarding attachment with Rosie. In fact Rosie dried up in the relationship as Dustin refused to believe and absorb her love and care.

How can Dustin open up to being loved without changing his history?

No one can erase Dustin’s history. His past experiences will always be valid and leave scars. But Dustin can add to his experiences rather than creating a relic in a glass case out of his childhood traumas. He can pour some water on it and make it absorb new experiences of love, security, reliability, honesty and support. He can add to it, deepen and enrich his past with evidence from the present that he is very lovable. The way to do that is to allow himself to be touched by loving acts. Dustin’s door to feeling the warmth and sincerity of love in the present doesn’t alter the past, but enlarges the future.

An article in The Journal of Neuroscience, June 2011 reports that strong healthy pair bonding reduces the rewarding effects of drugs. So Dustin, open your heart to Rosie and let her bring you the highs that last longer and are more stable than your drug induced numbness attempting to manage the pain of loss.