How to stop using hoarding as your intimacy substitute!

Home/Anxiety therapy, Intimacy/How to stop using hoarding as your intimacy substitute!
Previous Next

How to stop using hoarding as your intimacy substitute! 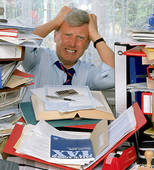 Clutter made Jim feel frustrated with himself

Hoarding as your intimacy substitute

On his way home from work Jim made a resolution to clear out his garage. It was full of stuff from his dissolved marriage. It was full of stuff from his school days, his visits abroad and his old passions for collecting rock-and-roll memorabilia.  His closets had long since been bursting at the seams.  Jim’s lifelong possessions moved into areas of the living room, hallway, and bathroom.  Now the garage was in danger of overflowing.

Jim’s commitment to getting rid of stuff faded as soon as he swung into his driveway. His heart missed a beat and he couldn’t even open the garage door to make a start.  A kind of mini panic attack erupted inside him, affecting his breathing. He got dizzy and had to sit down.  His legs felt like lead, preventing him from moving for a while. As the panic subsided Jim appeased his conscience by telling himself that he would do it later, tomorrow, over the weekend, next week – anything but now. His breathing returned to its normal rhythm. He regained his balance and was steady on his feet. 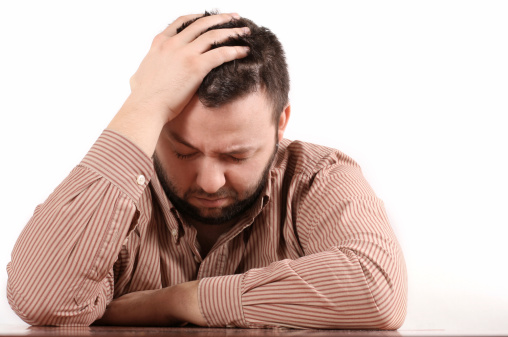 Throwing out his ‘stuff’ was like putting himself into a shredder

Disappointment led to feelings of shame and self-loathing. How could he be so weak and lazy? Jim tried to beat himself into action with harsh words hoping that it would do the trick next time he promised himself clutter free and organized closets, living and garage space. It got him as far as looking in one corner of the living room, shuffling some files and papers and then giving up when he was overwhelmed with fear and sadness. The thought of dumping his life’s collections that symbolized his existence was unbearable. It was as if he was throwing himself headlong into a dumpster.

Where ever he went Jim never came home empty handed. Souvenirs, notes from friends, travel itineraries, concert ticket stubs and receipts cascaded out from their cracked cardboard boxes. That was all Jim had to show for his investment in people. Without this ‘evidence’ he would feel as if he had never been involved with anyone in a relationship.

Material possessions became Jim’s security when relationships let him down

Material possessions was all Jim had to make him feel worthwhile

It had been this way for as long as Jim could remember.  His father worked away a lot when Jim was a child. His father’s old brown jacket was all Jim had to hold onto. He never knew when his father would return or how long he would stay for. Jim’s mother spent all her energy focusing on her husband when he was home, leaving Jim out in the cold, until his father left again. At those times Jim would revisit the tokens of the times he and his mother had spent comforting one another when his father was away. Like that blanket they had created out of patches of old clothes, CD’s of the music they listened to while doing chores together, and all the books she had read to him at bedtime that were torn and scribbled over. 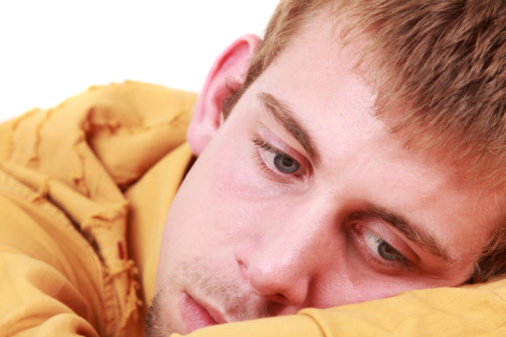 Material things offered the only tangible security of value

Jim grew up being wanted one minute and invisible the next. Material things filled up the empty hole. ‘Things’ that had meaning and significance became the only security Jim could rely on. An article published in Journal of Experimental Social Psychology, 2010, reports that relationship insecurity has a direct link to hoarding behavior. The authors suggest that more value is put on material possessions when relationships are tenuous and unreliable.

Uncertainty about important relationships such as between a child and parents, or between couples in romantic partnerships creates an emotional void. The emptiness rarely gets filled up and replenished by significant others in ways that foster feelings of security.

No one can run on an empty emotional gas tank.

Collecting and hoarding material is the antidote to insecure relationships.

Jim found that ‘things’ comforted him when his parents were emotionally absent and he was feeling insecure. These ‘things’ proved that there was a moment when he was loved and wanted. Material things took the place of human care and love.

The stuff in his garage and house filled Jim’s gaping emotional hole.

The hole had got deeper and wider when his wife left him. He had never felt secure in the marriage, putting a huge strain on the relationship. He didn’t trust that he was truly important and put more faith in accumulating material possessions. His wife felt less and less relevant to him and left.

Jim had shot himself in the foot by focusing on material things rather than learning how to love and be loved by his wife. It was too risky to open himself to her. She might be just like his parents and then where would he be?

So he played it safe. Jim chose material possessions to make him feel secure and they did, until the ‘stuff’ started leaking out all over the place.

Then he saw the ugly mess.

The mess that was his hurt, his pain, his anger and frustration, his mistrust and his fear.

He couldn’t keep it hidden any longer.

What was once valuable and made him feel good, offered status and prestige now represented his broken heart that was weeping all over the house, inside and out.

So how can Jim stop using ‘things’ to make him feel secure?